Has Yet Another Fraud Been Perpetrated By BP & The US Government Against We The People?!

Posted on August 14, 2010 by Site Administrator

And What They Represent Concerning The Well In Question & BP Narrative

BK Lim has done it again. He presents here an alarming analysis of the events prior to and after the sinking of the Deepwater Horizon on top of the Macondo Prospect in the Gulf of Mexico. We very much appreciate this great revelatory work by BK Lim.

As always, we leave it to our readership to continue to ferret out the real story behind this Crime and Coverup of the Millennium. Our challenge, clearly, is that BP and the US Federal Government have locked down the crime scene known as the Gulf of Mexico with extraordinary police powers. How so? The US appointed BP, a foreign, multi-national corporation, as the lead entity in a unified command structure which was created as the official and legal response to the BP Gulf Oil Spill. Therefore, BP was empowered by our government to effectively enforce martial law in US territorial waters in the wake of BP’s perpetration (with US Federal Government aid and assistance) of an unprecedented series of crimes. Can it get any more bizarre and kafkaesque than this?! We certainly hope not.

What has really gone on here?!

Are these statements overly harsh or unwarranted in any way?

You be the judge after viewing the following set of diagrams which depict a very likely scenario of what may have transpired before and after of the sinking of the Deepwater Horizon. Of course, please bear in mind what the Gulf of Mexico has already sustained throughout this saga of environmental terrorism, ecological genocide and disaster capitalism. Add to this mix a PR Campaign by BP that represents the COREXIT dispersant as clean & green, much of the 8.7 million barrels of hydrocarbon effluent as having disappeared, and methane gas concentrations up to 1,000,000 times normal as non-existent.

On the other side of this counterfeit coin we have a National Government which essentially set up this crime scene inasmuch as they are the biggest player in the Oil & Gas game. Gotta have it to fuel perpetual war, especially when they’re being waged halfway around the world. It is the Military Industrial Complex that really eats up the stuff – like up to 50% of the hydrocarbons coming from the Gulf of Mexico. How can you possibly shut down that spicket without first terminating a foreign policy that thrives on war first, diplomacy second? Should there be a genuine shift to seeking political solutions to international disagreements by our government, there will follow a dramatic and immediate decrease in oil and gas requirements for the nation. It’s that simple.

In the meantime, we must contend with a federal bureaucracy that is hardwired to make decisions that seek to please the corporate lobbyist. Whether these decisions come from the Departments of Interior, Energy, Justice, Homeland Security or the EPA, these agencies know they have to deal with corporate influence regardless of who’s in power. Taking the path of least resistance is always operative in the DC culture, and therefore the interests of We The People are always, always, subordinated to those who contribute to the campaigns of the elective office-holders. Let’s count the many and diverse ways that politicians and regulators at both federal and state levels just about guaranteed such an oil and gas catastrophe would occur. BP was given a free pass by all, especially because they are a foreign entity without conscience or loyalty to anything American. Who else would be given the task to DRILL BABY DRILL in the most vulnerable, risky and dangerous places on planet Earth?! 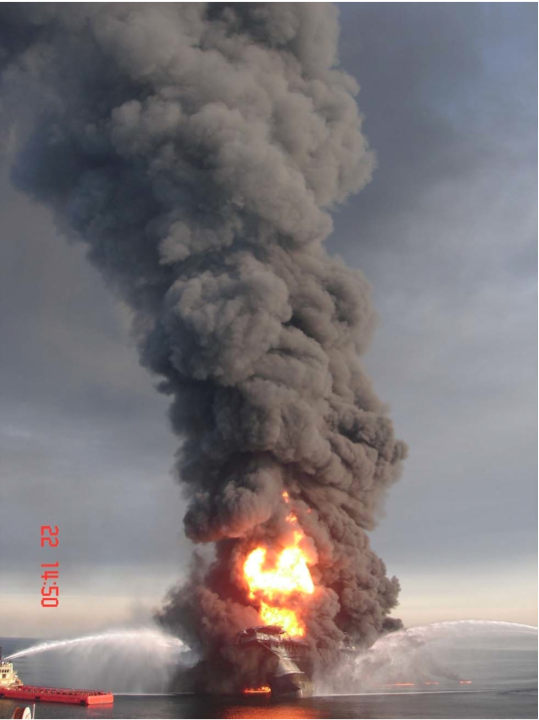 Let’s take this line of inquiry one step further. We now have a President who is taking a vacation on a Florida beach that has been airbrushed clean and nice to present the return to normalcy to the rest of the vacationing public. And a Governor who made commercials about himself and the first lady taking dips in the Gulf because the waters were now fit and safe for children, the air was free of VOC’s and the sand has nary a drop of oil on it (Just because you can’t see it doesn’t mean it’s not there).

Is there any legitimate scientific basis for such purposeful and deliberate statements (both verbal and actions) from our political leaders. Let’s consider the following points of information, and then decide.

I. No testing of the water for COREXIT chemical constituents, petrochemical derivatives, methane gas concentrations, toxic drilling residues etc. has been conducted by BP or US Gov’t as far as we know.

II. Proliferation of various algae blooms and unfriendly anaerobic microbials due to oxygen depletion caused by the hydrocarbon effluent, especially during the summer months (warmer water inherently holds less oxygen) is not even on anyone’s radar screen.

III. Sand testing, a hugely needed procedure along the entire Gulf Coast, has not even been mentioned in the MSM, except for those isolated cases where gobs of oil and mousse showed up on the beach. Prince William Sound, Alaska showed us that the petroleum will be drawn down into the layers of beach just below the top surface due to sun, heat and gravity. There, it will sit in much greater concentration than oil in an aquatic environment, only to be seen and felt when setting the foundation for a sand castle or digging your feet in the nice, warm sand.

IV. The Gulf Coast Fisheries have somehow been exempted from any kind of testing which might prove the seafood’s fitness for human consumption. The marketing campaign to jumpstart this industry has gone into full tilt and really presents much cognitive dissonance for the seafood-eating public. What you can’t see or taste or smell, unfortunately, is usually the most dangerous form of any contaminant or toxin. We’re afraid that OUT OF SIGHT, OUT OF MIND will win the day where it concerns people’s palates. And you can be sure that this is just what they’re (BP & US Gov’t) betting on!

V. The ENERGETICS of the entire Gulf have profoundly changed. We know that we’ll lose a lot of you on this one but it must be said. Just as the Caspian Sea in the Caucasus is now a dead petrochemical cesspool, and therefore possesses a completely different bioenergetic field, so has the Gulf of Mexico. Likewise, its normal bio-electrical grid has been radically transformed due to the addition of so much chemical contamination, much of it on a greatly dispersed and smaller unit basis. The greater the total mass and volume (and therefore density) of non-aqueous constituents in water, the more conductivity it will possess. How this translates, particularly for the marine life, is not yet known. However, we can say that these two gentlemen were greatly affected during the recent Chinese Oil Spill. 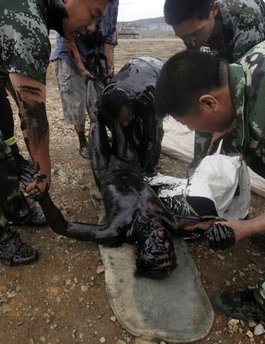 HOUSTON, WE STILL HAVE A PROBLEM!

The problem will not go away until BP completely relinquishes its role in the Gulf, and it is brought to justice by all the appropriate jurisdictions that has been violated by this Oil & Gas Industry “supermajor”. Corporate behemoths of this size and power ought to be prosecuted to the fullest extent of the law and held up as the poster child of global serial criminals so that others are kept in check. Otherwise, the corporate impulse will be to get away with as much as can be gotten away with, especially when the bottom line can be unconscionably enriched.

The real issue here is the shield of LIMITED LIABILITY. This clause has conferred upon corporate entities everywhere the power to wreak havoc wherever they wish with virtual impunity. This Limited Liability shield is effectively granted by the issuing state through the articles of incorporation. It permits a corporation to hide behind this legal, but highly dubious clause, after crimes are committed against a nation, a person, another company, an indigenous tribe, a city, a family, a state or, in this case, an entire region of the USA.

Just What Legal Remedies and Compensatory/Punitive Damages Do We Seek?

#1 An immediate and permanent termination of all BP oil and gas exploration, drilling and extraction within these United States of America (to include all US territories).

#2 An immediate seizure of all BP corporate assets worldwide to be set aside in a humanitarian trust fund to ensure the payment of all present and future legals claims, as well as court-awarded judgements.

#3 An immediate arrest and prosecution of all BP officers and directors who participated in these crimes through acts of commission or omission.

#4 An immediate arrest and prosecution of all US Federal Government employees from those departments/agencies that were tasked with the direct oversight regimes concerning BP’s US Operations.

#5 A permanent moratorium on all oil and gas drilling within US territorial waters, as well as an authentic and comprehensive review of all current oil and gas activities within the same jurisdiction.

#6 A serious audit and remediation of all abandoned wells within US territorial waters. A presidentially-appointed and congressionally-mandated US Commission to study the risks associated with the current 4000 oil and gas platforms currently in operation in the Hurricane Alley region of the Northern Gulf Coast of Mexico. 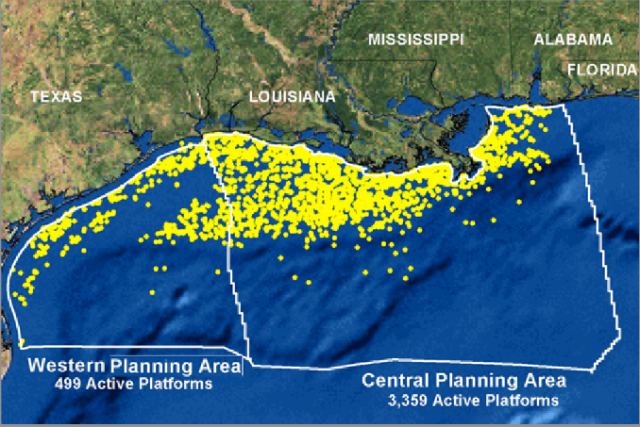 The Final End Of The Hydrocarbon Fuel Paradigm

Many of us have seen the movie, ONE FLEW OVER THE CUCKOO’S NEST. We are now witnessing what can occur when the craziest among the crazies are running the asylum.
Many have also seen the movie AVATAR and now understand that Planet Earth has become Pandora. That most of us who live here are the Na’vi. And that oil and gas are the unobtanium that is being stolen from Mother Earth, which is putting Her at great risk.

Very few truly understand that, where it concerns the continuation of the HYDROCARBON FUEL PARADIGM, the fate of humankind now lies precariously in the balance. That’s correct – the future of the planet is in jeopardy where it concerns GAIA’s ability to maintain a necessary biosphere that is fit for human life to live and prosper. We already know that the quality of life all over this once pristine and beautiful orb has deteriorated beyond thresholds which will ensure the premature death for millions of inhabitants. As it will also promote an exponential proliferation of disease and illness, epidemics and syndromes, debility and ailments of every kind throughout the global population.

While there is no disputing that we have chosen this path collectively, it does not mean we cannot change our course. In fact, WE MUST CHANGE OUR COURSE. And WE MUST DO IT SOON. By thoughtfully transitioning away from this inherently destructive energy platform, and over to some of the truly clean and green energy sources and technologies which have been suppressed for decades.

Do we get it yet?! We certainly hope and pray that we have made ourselves perfectly clear in this regard. And we invite everyone to join this “cause of the millennium” —> Let’s SAVE THE PLANET by HEALING MOTHER EARTH.

All of what follows is the work of BK Lim. Any permission to post or publish should be sought from him directly.

Click on the links below to view enlarged diagrams of those above:

This entry was posted in Uncategorized. Bookmark the permalink.

72 Responses to Has Yet Another Fraud Been Perpetrated By BP & The US Government Against We The People?!